“Lovely Place To Stop For Coffee, Cake And Ice Cream...”

In 1950 the company is established by Dimitris N. Skartsilakis at 40 Palaiologou Str. A master artisan at the art of pastry making, he was a teacher for many of Rethymno's next generation of pastry makers.

Among them, his own son Nicolaos whom, in 1958 only a 13 year-old schoolboy decides to work in the family business. The master teacher and his student are creating tasty masterpieces together, like the famous "galaktoboureko" (custard filled pastry) and delicious ice cream from sheep's milk, that become popular among the people of Rethymno since then. Following in their preference, comes the pudding and sweet cake in various tastes, while fans of "special" desserts had a liking for the Viennese, the bowl, corné and éclair.

In 1971 the master artisan decides to change his location and moves his business from the Old Town, to Kountourioti Avenue, opposite the Town Hall. His son, born and raised in the old Rethymno town, takes a great decision and buys just for 600,000 drachmas, the building in 36 Kountourioti str. that had been operating as a furniture exhibition. In that building he will shelter his own dreams and love for pastry making, naming it "MONA LISA". With the limitless support from his wife Evaggelia, together they will keep their creation alive until 2005, when they decide to transmit it to the third generation of pastry artisans, their son Nicolaos Nic. Skartsilakis.

In 2009 the premises have been completely renovated after 38 years, gaining their today's appearance, to continue offering -having completed 66 years- tasty delights filled with aromas of the past. 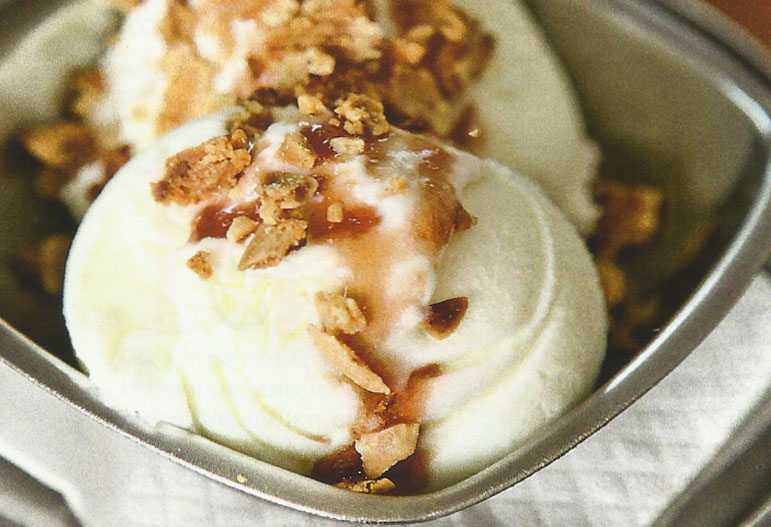